It’s the last Friday of what many consider to be the most lit Black History Month we’ve ever had, and that’s pretty accurate. Between national talks on race, historic performances by Beyonce and Kendrick Lamar at some of the largest stages in the world, and unforgettable moments in the White House, February 2016 has been quite prosperous and good to us all. Since it’s the last weekend I decided to end my Black History is American History posts with 9 people for each of the nine days remaining in Feb. since my last post. As I was writing, the number 9 struck a chord with me – the Divine Nine that is.

The Divine Nine refers to the 9 historically black Greek organizations that make up the National Pan-Hellenic Council, which was established in 1930 at Howard University. Most of the organizations have their Founder’s Days in January, with the rest falling at the end of the year. Of the 9 fraternities and sororities, 5 began on the campus of Howard University (a historically black univ or HBCU), 1 at Morgan State Univ (an HBCU in Baltimore), and 3 at predominantly white colleges (Indiana Univ., Butler., and Cornell, an Ivy). Black Greek letter organizations began during a time of intense racial segregation and served as way to establish camaraderie among each other with the goal of educational, economic and cultural success.

In honor of this, the 9 people I’ve chosen to end the series with all pledged a National Pan-Hellenic Council organization during their undergraduate career. They are listed in order of establishment. I hope you enjoyed the series this month. Comment below with your thoughts or favorite black history facts! Every day is a reason to celebrate our cultural and national heritage.

If you’ve watched The Princess Diaries, you’ve seen Willie Brown (think of the mayor arriving to the state dinner: “It never comes down on Willie Brown”). Brown is a Democratic politician who served in the California State Assembly for over 30 years. He’s one of the most memorable mayors in San Francisco history, an office he held for 8 years, during which time he presided over the most racially varied staff in history and increased real estate development, public works, city beautification, and other large-scale projects. He grew up in a segregated part of Texas and eventually earned his BA and JD in California and joined the National Guard. Before pursuing politics, he was one of only a few Blacks practicing law in San Francisco when he opened his own practice. He has published a book, and currently runs an institute. The western side of the Bay Bridge is named in his honor. 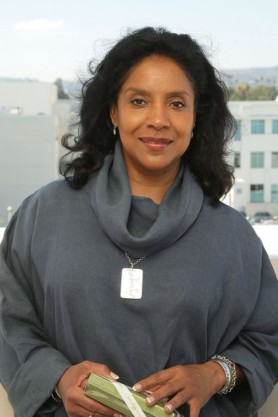 Phylicia Rashad is an Emmy-nominated actress known for her famous role as Clair Huxtable on The Cosby Show. Her role in A Raisin in the Sun won her the 2004 Tony Award for Best Performance by a Leading Actress in a Play, the first Black woman to do so. At the 42nd NAACP Image Awards, she was affectionately dubbed “the Mother” of the black community. Rashad, who was born in Houston graduated with honors from Howard before pursuing a decorated and successful career on Broadway that led to iconic roles in both film and television. Her sister is renowned dancer and choreographer Debbie Allen, and her mother was Pulitzer Prize-nominated artist Vivian Ayers. Her career spans 5 decades and countless performances across the country. 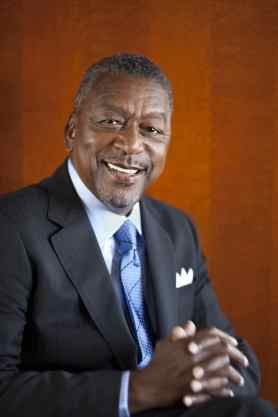 Robert L. Johnson is the founder of BET, the most prominent television channel geared toward African-Americans, and co-founder of PLJ Companies, a holding company. He became the first Black billionaire after selling BET to media conglomerate Viacom in 2000 for $3 billion. Born in Mississippi to a family of 12, he grew up in Illinois and graduated from University of Illinois before obtaining a Master’s degree from Princeton. He serves on the board of directors for multiple organizations including Lowe’s, KB Homes, RLJ, Hilton Hotels and others. He was the first Black majority club owner of a major US sports league when he purchased the Charlotte Bobcats in 2002. He sold his share of the team to Michael Jordan in 2010 and continues to be one of the most well-known businessmen, investors and philanthropists in the US.

Steve Harvey is easily one of the most recognizable comedians, actor and TV personality. He is a 3-time Daytime Emmy winner and 13-time NAACP Image Award winner. Born in WV, Harvey grew up in Cleveland and attended Kent State and West Virginia Universities. After working odd jobs Harvey rose to prominence as a comedian, becoming host of Showtime at the Apollo. He starred in his own self-titled sitcom in the late 90s before joining Cedric the Entertainer, D.L. Hughley and Bernie Mac as the Original Kings of Comedy show, DVD and tour. He’s acted in several shows and films and currently hosts Family Feud. His best-selling book, Think Like a Man became a 2012 box office hit. 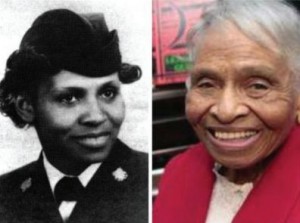 Olivia Hooker is a true black history gem. She was the first Black woman to enter the U.S. Coast Guard (1945). She was born in Oklahoma in 1915 and survived the infamous Tulsa Massacre of Black Wall Street in 1921 when the Klu Klux Klan destroyed her home. She founded the Tulsa Race Riot Commission to seek reparations for survivors. Her family relocated to Columbus, Ohio where she eventually earned a degree from Ohio State and advocated for Black women to be admitted to the Navy. She earned degrees from Columbia and the University of Rochester later in life. She lectured at Fordham and worked with women who had severe learning disabilities. Hooker retired at 87 and currently volunteers at a Coast Guard auxiliary in Yonkers, NY. 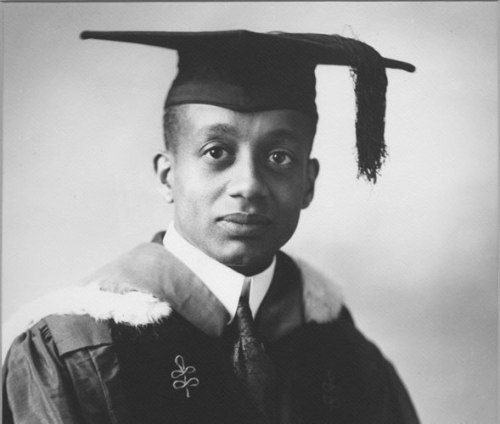 Alain Locke was a writer, philosopher and educator, who became the first Black Rhodes Scholar in 1907. He’s regarded as the Dean of the Harlem Rennaissance and Dr. King once said “We’re going to let our children know that the only philosophers that lived were not Plato and Aristotle, but W. E. B. Du Bois and Alain Locke came through the universe.” A Philadelphis native, Locke was the only child of a well-to-do family and graduated from Harvard Phi Beta Kappa. After facing discrimination at Oxford from fellow Rhodes scholars he accepted a teaching position at Howard before returning to Harvard for his doctorate. He returned to Howard, heading the philosophy department. He taught the first ever classes on race relations, which led to his dismissal. He was reinstated 3 years later and stayed until his retirement in 1953. He authored The New Negro collection and encouraged Black artists and writers to draw from their own history.

Lillian Fishburne is a retired Navy officer who became the first Black female to achieve the rank of Rear Admiral in the US Navy, appointed by Bill Clinton in 1998. Fishburne was raised in Rockville, Md and attended Lincoln University and Webster College. She worked in telecommunications on the West and East coasts and was stationed in Japan. She is a decorated officer, earning the Legion of Merit, Defense Superior Service Medal, and Navy and Marine Corps Commendation Medal with Gold Star.

Hattie McDaniel, as seen as Aida in Johnny Come Lately (1943)

It’s fitting to mention Hattie McDaniel in light of tomorrow’s Oscars ceremony. McDaniel was the first Black person to win an Academy Award, back in 1939 for her role in Gone With the Wind. She appeared in over 300 films, receiving credit for only about 80 and has two stars on the Hollywood Walk of Fame. A singer, comedienne and actress, she was the first black woman to sing on the radio. McDaniel was born in Kansas in 1895 to former slaves. After graduating high school she worked odd jobs and sang in minstrel shows until moving to California with some of her siblings. She began to find film work and joined the Screen Actors Guild. Competition for the Mammy role in Gone With the Wind was tough and Hattie didn’t believe she would get the role due to her comedic resume. Eleanor Roosevelt had written the producers herself on behalf of her own maid. The NAACP fought to remove racist language and scenes from the film. While her Oscar win was a victory it also signified Hollywood’s comfort in people of color portraying subservient roles. She was widely involved in public service until her death in 1952.

Spencer Christian is a former weather forecaster for ABC’s Good Morning America. He currently works at an ABC affiliate in San Francisco and has authored several children’s books. A Virginia native, he graduated from Hampton University and began working at local television news stations where his quick wit and humor garnered him national attention. In 1986 he was hired at GMA where he reported weather, current events and human interest stories. He left the show in 1998 to move to San Francisco. He has hosted several shows on BET and PBS and remains a popular TV personality and author.