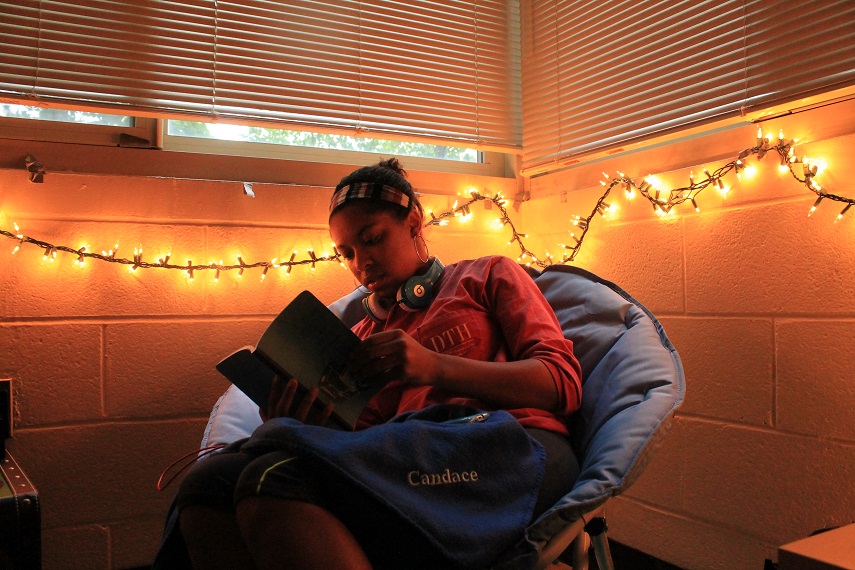 The world likes to label, and usually labeling is a game of extremes: either it’s hot or cold, black or white, up or down. Most people believe they are extroverts or introverts, but that’s hardly half the story. Does everyone find himself ALWAYS locked in a room reading a book or sitting quietly? Is the extroverted person ALWAYS running around introducing herself to anyone who will listen? Hardly, situations often dictate how we act. Have you ever known someone who, if asked to label them introvert or extrovert, you couldn’t quite put your finger on? Maybe that person is yourself. I felt this way for a long time, and then I found out what it means to be an ambivert.

You probably already have a good idea of what an ambivert is, someone who shows personality traits that fall between the extrovert-introvert spectrum. What makes these kind of people unique is their ability to reach out to the broader community while enjoying time to oneself. They may at times crave socialization, a fast-paced environment, or non-stop conversation, while other times desire to sit back, enjoy alone time or quiet, and listen intently. In essence, ambiverts are the masters of balance. Very few people discuss or even know about this personality type, yet many people fall in this category. In fact, a Forbes article noted that most people fall in the ambivert category, which is also the best personality for sales compared to the often sought-after extroverts and overlooked introverts, who both sell equally.

Ambiverts are attractive to employers for their flexibility and strong sense of intuition, often knowing how to act differently in varying situations. Psychologist Hans Eysenck, who originated the term in 1947 expressed the ambivert’s emotional stability, as they are not as sensitive as introverts nor as unresponsive to their environment as extroverts. This short 20 question test on LonerWolf is a great way to get a feel for where you are on the personality spectrum and definitions for each three. I like this test because it places you by score, so you are not locked into one category. I scored a 59, which is an Ambivert, but one point away from Extrovert with Ambivert Functions.

When I first discovered this term I began to read as much about it as I could. It was really exciting to finally have a way to describe my varying personality. Growing up as a shy kid I was quick to call myself an introvert, even though I always had strong opinions and things I wanted to say. I just wasn’t very comfortable sharing my ideas with more than a couple of people, and I liked my space. As I got older I grew more comfortable talking and meeting people, and allowed myself to express my curiosity instead of hold it in. When people asked me over the last few years if I was an introvert or extrovert I was always stuck. I could think of myself still as an introvert in some ways, but there were now just as many examples of myself doing very extroverted things. I couldn’t really answer.

Recently when I’m asked this question I proudly say ambivert. Some days I can start a long conversation with a stranger in line at a store. Other days I want to hole up in my room with a book and some nice music. I’m not often swayed by a change in plans and often react to someone based on listening to their situation. I’m just as happy going out or being around a lot of people one day, and relaxing at home with just a couple of people the next. It’s very nice to have a better understanding of how your mind works and how it can work to your advantage or disadvantage. What’s nice about being an ambivert is that you can often find commonality among many people and operate well in multiple situations. What’s tricky about it is not falling into its namesake–ambivalence, becoming too contradictory or undecided about the world.

However, it’s often the conflicting moments in life that build character and challenge us. Life wouldn’t be so riveting if everything was easily dumped into neat boxes marked with black Sharpie. It’s the box that’s been crossed out a couple of times that you most want to open.